Tired of playing free demos with fake money? Find safe and trusted online casinos where to play with real money for a chance to win up to 27440x your bet. Sign up and claim our latest welcome bonuses. 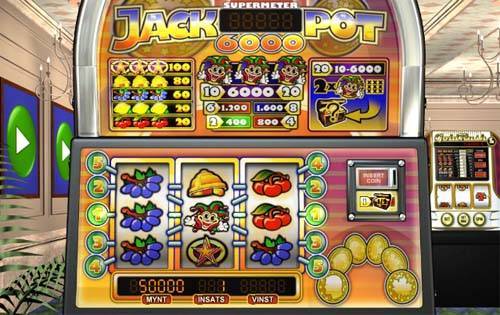 Rage of the Seas Review

Rage of the Seas Reviewed September 17 2020 by Casinogamesonnet.com

Developed by NetEnt, Rage of the Seas is a five-reel slot that offers between 1,024 ways and 5,488 ways. This game revolves around pirate ships battling on the high seas.

Pirate slots are nothing new to the gaming world. However, NetEnt has made this game feel different through their design talents. You can read more about what makes Rage of the Seas special below.

This slot features five reels and 1,024 ways by default. You can increase the number of winning possibilities to 5,488 through features (covered later). Wins form when matching symbols land in adjacent reels.

The atmosphere is where Rage of the Seas really shines. First off, the graphics are stellar. Everything from the ships to the choppy waters offer excellent detail.

You’ll also see entertaining animations, including the hero’s ship firing cannonballs at enemies during the bonus round. A small monkey also climbs the reels to open up the grid during a particular feature. 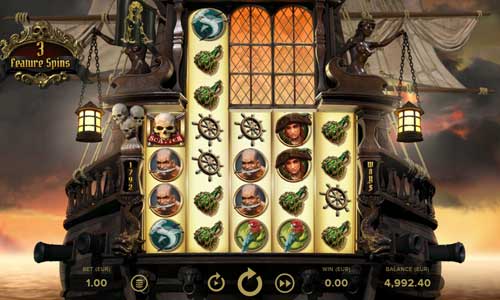 Rage of the Seas Max Win, Payouts and Symbols

The pirates pay anywhere from 1.25x to 2.5x your stake for five symbols. The maximum payout seems to be around a whooping 27000x bet.

You can see that the win potential with regular symbols is rather low. However, the payouts ramp up when features come into play.

Rage of the Seas RTP, Volatility and Betting Options

You can wager between €0.20 and €400 per spin. An autoplay feature lets you keep the reels spinning with your chosen betting options.

The Rage of the Seas RTP is 96.04%. Volatility lies in the medium-to-high range when considering the plentiful features and 5,488 potential ways.

Rage of the Seas Special Features

You’ll notice that the grid begins with a default 5x4 setting. Windows, meanwhile, block a 3x3 section above the middle reels.

The Boost feature causes the monkey to climb the reels and open three windows in the respective reel where the Boost symbol lands.

Therefore, you unlock seven positions in the reel instead of four. You’ll also receive 4 Feature Spins, which offer a random modifier.

If a Boost symbol lands in another reel during Feature Spins, that reel will expand too and deliver 4 Feature Spins plus another modifier. When a Boost symbol hits a reel that’s already expanded to seven symbols, it provides +2 Feature Spins. Here’s how many ways you can unlock based on the number of reels that expand:

Feature Spins can offer one of five modifiers. You’ll know the modifier based on the corresponding pirate flag that rises on the ship. The modifiers include:

You can trigger free spins through one of two ways:

The grid automatically expands to the maximum 4-7-7-7-4 size and offers 5,488 ways during the bonus. You’ll also benefit from 3 random modifiers throughout free spins as well.

Final Thoughts on Rage of the Seas Slot

Due to their abundance, pirate-themed online slots can easily get lost in the shuffle. However, NetEnt has avoided putting out just another cliché game on buccaneer life.

Instead, Rage of the Seas lives up to its title by featuring an unsettling atmosphere filled with battles and pirate war cries. The graphics are also much better than most slots that fall into this genre.

The features can be overwhelming at first. You may not totally pick up everything within the first few moments of playing. Once you do understand the features, though, they really add a lot to the gameplay.

The low base-game pays are the only questionable aspects. The main game can feel a little boring due to the smaller prizes.

However, the features definitely heat up the action and give you a chance at larger payouts with a max win at 27000x. Overall, Rage of the Seas delivers a danger-filled and exciting pirate adventure with more than enough extras.

Can I play Rage of the Seas for free?

- To be able to play Rage of the Seas with real money you have to sign up for an account, preferably at one of our recommended online casinos. You can also claim a nice welcome bonus when you sign up as a new player.

- If you are lucky you can win really big amounts of up to 27440x your bet on this game. This means you can win 27440 EUR (when playing with real money) at most when betting 1 EUR.

PLAY RAGE OF THE SEAS WITH REAL MONEY HERE