Play free Voodoo Gold slot from ELK and read our review here at CasinoGamesOnNet.com. Try Voodoo Gold online slot free play demo just for fun or learn how to play the game. Find the best ELK casinos and Voodoo Gold casinos with the best sign up bonuses and play this 4096 paylines/ways to win casino slot with real money. 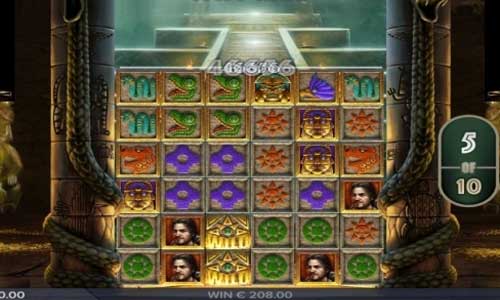 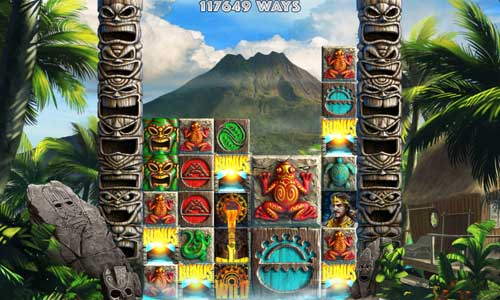 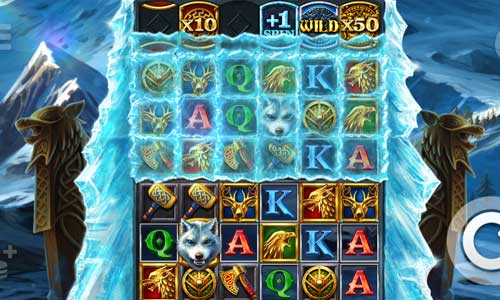 Elk Studios Voodoo Gold is part of the “Gold Series,” which also includes Tahiti Gold and Ecuador Gold. It will transport you to the remote swamps of Louisiana for a treasure-hunting expedition. We’ll cover more on Voodoo Gold and if it’ll ultimately be worth playing.

Voodoo Gold opens with Kane traveling across an eerie swamp in his boat. He then reaches the shaman’s hidden shrine, which is said to create gold from nothing. The shrine and other parts of the swamp are visible through the reels.

Symbols include Kane, a shrunken head, shaman, dice, bird’s foot, potion, top hat, star, heart, bomb, and voodoo doll (wild). All of the symbols do a good job of keeping with this game’s spooky feeling.

Voodoo Gold features five reels and four rows. The initial four rows create the possibility for 4,096 winning combinations. However, you can expand the amount of rows up to eight (explained later). When eight rows are unlocked, you’ll have 262,144 ways to win. 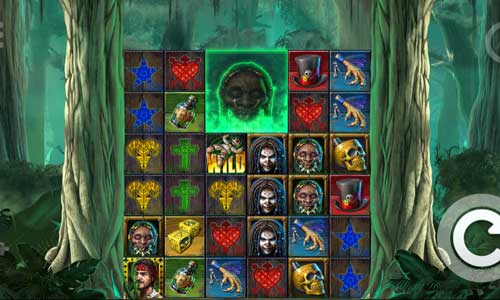 Avalanche – Symbols from winning combinations vanish, and icons from above fall to take their place. The rows increase by one following every Avalanche win. You can get up to a maximum of eight rows.

Colossal Symbols – Much like with other slots, standard symbols in this game take up a 1x1 space. However, you can also land super (2x2), mega (3x3), and epic symbols (4x4).

Bomb – The bomb symbols explode at the end of an Avalanche. All icons within a diamond-shaped area, except for wilds and big voodoo symbols, explode and allow for additional wins.

Dual Bomb – When two bombs land, every icon in the line directly between them explodes. Additionally, all symbols within the diamond-shaped areas also explode (minus wilds and big voodoo icons).

Free Drops Bonus – Three of more bombs trigger the bonus round. Three symbols award 6 free drops (spins), four deliver 9 drops, five offer 12, and six award 15. Each win expands the rows by one for the duration of the bonus.

Voodoo Gold certainly has enough to make it a worthy part of Elk Studios’ Gold Series (Ecuador Gold and Tahiti Gold). In fact, it has the potential to be the best game in the series yet.

First off, Voodoo Gold features an in-depth story that involves searching for a secret shine in the remote Louisiana swamps. Secondly, it has several features and a massive top win of €500,000.

You can also look forward to unlocking up to 262,144 ways to win. You simply need to keep getting wins through the Avalanche feature. Taking everything into account, Voodoo Gold definitely is a game worth playing for a long time.